A downloadable tool for Windows

PacketVR is a terminal emulator that exists in a VR world. It supports multiple terminal sessions at once along with positioning of the terminals and interaction with objects in the world using the Leap Motion.

Log in to a machine and do most of the things you would normally be able to do from a text based terminal. List directory contents, change directories, run terminal based programs... even edit files in nano, vi/vim or other text based editors.

Sorry, but I haven't tested this with Emacs yet...

NOTE: This program works best with the Oculus DK2 and the Leap Motion controller. Only Windows is currently supported due to limitations in the Oculus SDK.

NOTE: This program only supports certain SSH server configurations due to limitations in the SharpSSH library. These limitations are explained in the README.md file of the PacketVR Apps repo: https://bitbucket.org/JamesHagerman/packetvr-apps

PacketVR has extended the "boring", old school text based terminal a bit...

After logging into a remote machine, run a program written to support PacketVR and the VR scene will be modified around you.

This "ANSI VR" functionality is, currently, relatively limited, but it will be greatly extended in the future. Currently, the system supports:

Rotation, scaling, readable text objects, and other functionality will come in time. At some point, I would really like to add JSON, glTF, animation, and dynamic object support...

PacketVR started off as the dream of displaying network traffic passing through my firewall in a VR environment. It ended up being a tool that lets people do real work all while staying inside a VR experience.

The very next development goal of PacketVR is to extend it's ANSI VR functionality in such a way that it will be useful for network traffic visualizations.

Piping the output of standard terminal applications such as tcpdump into simple PacketVR applications will allow visualization of almost any type of data.

While it has not reached the point of building complex data visualizations quite yet, it should be enough to at least get started. Examples of the basic API have been written in Python and have been made available via the following Bitbucket repository: https://bitbucket.org/JamesHagerman/packetvr-apps

I hope that other developers will enjoy playing with PacketVR as much as I have enjoyed building it!

And to Tamir Gal who wrote SharpSSH, a port of the JSch SSH2 library to C# that actually works with Unity's version of C#:
http://www.tamirgal.com/blog/page/sharpssh.aspx

Download the latest version of the PacketVR zip file, extract the contents onto your local machine, and run the executable.

When the PacketVR Configuration window appears, press the Play button and put on your headset.

I suggest running the "help" command first, then the "demo" command. 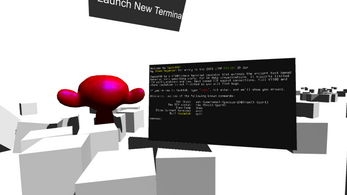 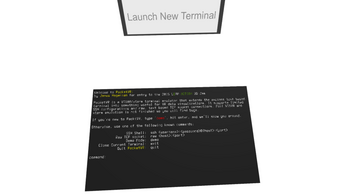 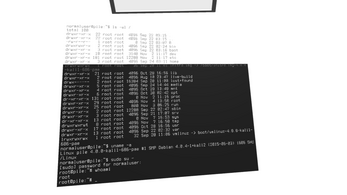 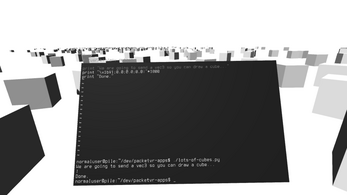 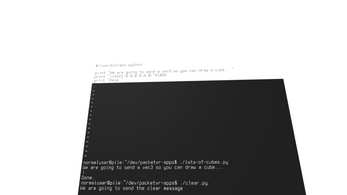